Drew Mosier has transitioned out of leadership at Seed Effect. He  is now a Private Equity, Mergers, and Acquisitions Associate at Weil, Gotshal & Manges LLP. Drew Mosier joined Seed Effect as Executive Director in February 2014 and, after 4 years at Seed Effect, has returned to his law practice at Weil, Gotshal and Manges. Seed Effect's founder returned as Executive Director when Drew left. Drew had previously served with Seed Effect for 16 months as a full-time volunteer through a deferral program offered by Weil, Gotshal and Manges LLP to the firm's incoming associates. Before returning to Seed Effect in 2014, Drew worked for two years in the private equity and mergers & acquisitions practice at Weil. Drew was valedictorian of his law school class at Southern Methodist University, where he also received his B.B.A. in finance, summa cum laude. 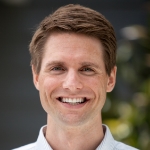