Jeff is Co-Founder and National Board Chair of OneGoal, a Beck Visiting Social Innovator at Harvard Kennedy School, and an Entrepreneur in Residence at New Profit. During Jeff’s 12 years as CEO, OneGoal grew from a startup serving 30 students with a $200K budget to a national leader in the postsecondary field serving over 13,000 students with a $25M budget. To date, 88% of OneGoal Fellows have enrolled in college and 79% have persisted a year later. Paul Tough profiled Jeff and OneGoal in his NYT bestselling book How Children Succeed; and President Obama highlighted OneGoal as an organization that must be scaled in his closing speech at the College Opportunity Summit while in office.

Jeff began his career as an elementary teacher and Teach For America corps member in Chicago. During his tenure at OneGoal, Jeff was awarded the Bluhm/Helfand Social Innovation Fellowship Award, Teach For America’s Distinguished Alumni Award, and was named one of the “40 Under 40” by Crain’s Chicago and one of Town & Country’s Top 50 Philanthropists in the US. Jeff earned his MBA from University of Chicago, his MAT from Dominican University, and his BA from the University of Michigan. Jeff lives with his wife Betsy and four kids — Emma, Henry, Maddie and Theo — in Ann Arbor, Michigan. 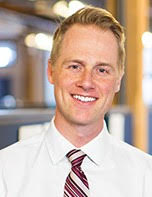 i enjoy connecting with praxis fellows...
about finding God in the intense and raw process of building a thriving company.