April Tam Smith is a Managing Director at a top tier investment bank on the Equity Derivatives team in Sales & Trading, based in New York. April has been with the Firm for the last 15 years.

In her life outside of the office, April spends time in Haiti and South Africa serving at orphanages and social businesses. She also works locally with the vulnerable in New York City including victims of trafficking and those previously incarcerated. April’s goal is to connect her two lives to organically create a ripple effect allowing more people to be involved in creating jobs for the poor. She strongly believes in giving people a hand up over a hand out and has experienced the joy of seeing those benefiting from meaningful work.

This led her to opening P.S. Kitchen, a social enterprise that uses 100 percent of its net profit to fund justice work while hiring those in need of a second chance and the recipient of the 2018 Social Enterprise Leadership award from Columbia University’s Tamer Center. April has been featured on CBS news, Christianity Today, numerous podcasts including Crazy Good Turns podcast with former CEO of home depot Frank Blake. She received her bachelor’s in Engineering at MIT and her MBA at Columbia Business School. April resides in Central Harlem in New York City with her husband Graham and their puppy Mochi. 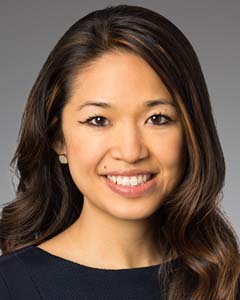