As an Investment Director, Allison Serafin supports domestic portfolio partners and the DWFF team. She recently served as Vice President of Development for IDEA Public Schools, where she raised more than $40M to support IDEA Greater Houston's launch and growth. She managed the region's real estate strategy and site acquisition process, securing the first five campus sites for the region's growth plan. Allison brings more than twenty years of experience in K-12 education, beginning in the Teach For America-Houston corps as a sixth-grade teacher at Attucks Middle School in 2001. Before joining IDEA, Allison was the Founder and President of Opportunity 180. There, she recruited high-quality talent development programs and charter school organizations to expand operations to Southern Nevada. Allison was also elected in 2012 to serve on the Nevada State Board of Education. She earned her BS in Political Science from Texas Christian University and MS in Social Work from the University of Texas at Arlington. 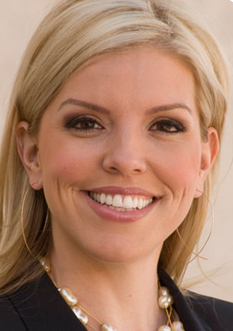 i enjoy connecting with praxis fellows...
about what inspired them to launch their ventures and how their program addresses an unmet need.